News › Press Release:Agreement for the Loan of RIPTB Police Officers to the Nunavik Police Service

Press Release:Agreement for the Loan of RIPTB Police Officers to the Nunavik Police Service 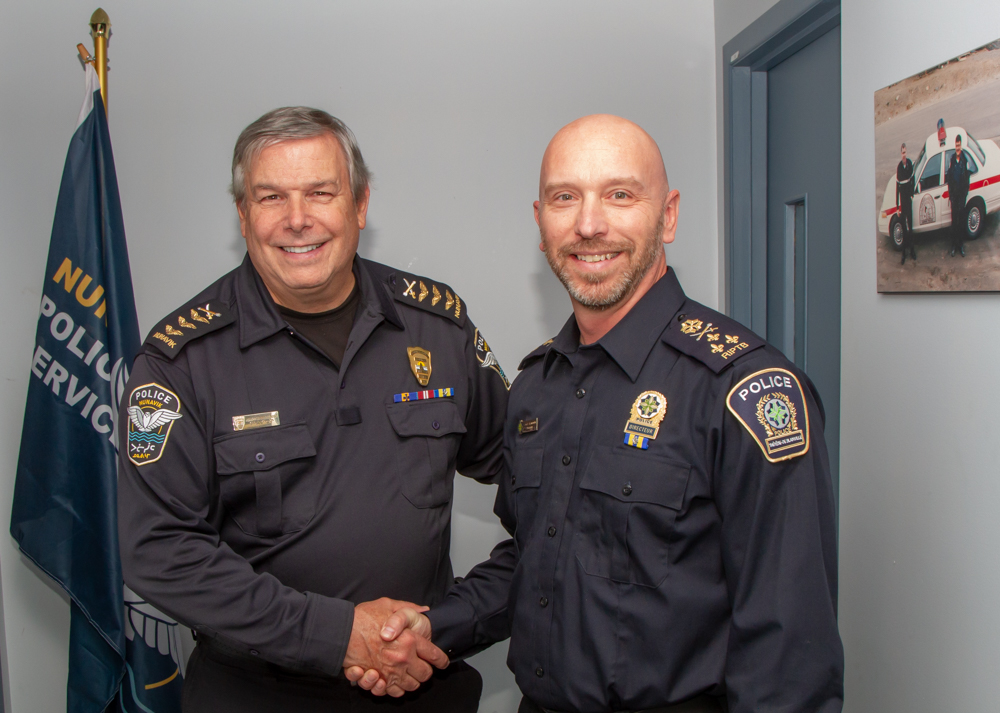 Sainte-Thérèse, September 30, 2022 - The Régie intermunicipale de police Thérèse-De Blainville (RIPTB) and the Nunavik Police Service (NPS) are very pleased to inform citizens that on September 20, the Director of the RIPTB, Mr. Francis Lanouette and the Chief of the NPS,
Mr. Jean-Pierre Larose, signed a first agreement regarding the loan of RIPTB police officers to the Nunavik Police Service.

"The RIPTB wishes, in the spirit of the Truth and Reconciliation Report, to make its members aware of the reality experienced by the Inuit people of Nunavik and the police force serving them," explained Mr. Francis Lanouette.

In addition, our police officers will acquire a better understanding of the northern reality and the Inuit culture, which will serve them when they return, towards an open and close approach.

"We are pleased to benefit from the experience of the RIPTB police officers in our Nunavik police service, particularly in the area of community policing and proactive strategies," explains Jean-Pierre Larose, Chief of the SPN.

It should be noted that an RIPTB police officer began his duties as a patrol officer in Nunavik at the beginning of September, for a minimum period of 7 months.